Self-Driving Cars: Could Car Accidents Be a Thing of the Past?

In 2004, a series of vehicles went ranging across the Mojave Desert in an attempt to complete a course set by the Defense Advanced Research Projects Agency, also known popularly as DARPA. During that event, none of the vehicles actually made it to the finish line—but what had caught the attention of many was that in those vehicles was absolutely nobody. They were all self-driving vehicles.

The Advancement of Autonomous Vehicle Features

The idea of self-driving vehicles has been around for decades, even as far back as 1977. But only recently has the public imagination been captured by self-driving cars once again as technology in AI, robotics, and computers have advanced just enough that we now have almost-self-driving cars. Vehicles today sport features like automatic emergency braking systems, automatic lane correction and lane change warning systems, and then there’s the sensational demonstrations made by companies like Tesla, whose vehicle was mostly successful in self-driving, save for the few tragic accidents that have made it to public media. It is clear that there are still obstacles to overcome, but the world can sense it: We are on the cusp of a transformation in car transportation that had only been known to be successful in science fiction. It will likely be a reality within the next few decades that we see this vision come to full fruition.

It is just a matter of time. When self-driving cars become mainstream, how will it affect car accidents? Today, over 4 million people in the USA are injured in car accidents because of careless drivers, individuals driving while intoxicated, road rage, or even from operational defects in a person’s car. Unfortunately, even with extra measures being taken, almost 39,000 of those in a car accident are killed every year in the USA. But with a self-driving vehicle, wouldn’t that mean the end to distracted drivers? The end to drunk driving? What if car accidents could be cut down to hundreds or less with the realization of fully functional self-driving?

Where Are We at With Self-Driving Vehicles Today?

Currently, our attempts at self-driving cars use a combination of cameras, LIDAR, radar, ultrasound, and even WIFI-based systems. But it is not true self-driving, and more like what’s being called an adaptive cruise control. Even still, they haven’t been enough to get the vehicles to work entirely on their own. Bad weather can cause sensors to misread their surroundings, causing the car’s onboard computers to be unsure of when to stop or go. Even without bad weather conditions, there have been some cases where the sensors can be fooled to think one thing instead of another. One infamous example was when two Tesla vehicles had crashed into white-painted truck trailers because their systems couldn’t tell the difference between a truck trailer and a stationary object, which has also led vehicles to also drive themselves into parking lot barriers and walls.

It is clear that the technology needs some work. Until these issues have been addressed, it is a fair estimate by experts that a nation filled with truly self-driving vehicles is probably still some decades away. But the sooner we get there, things on the road may likely get better as human error behind the wheel becomes less of an issue on the road.

Until our world has transformed into an automated driving society, human error will still be a very real thing on the road. Those errors, whether its texting and driving, speeding, or drunk driving, can lead to terrible injuries and even lead to the death of a loved one. If you’ve suffered from a terrible car accident, you should make sure you know your rights by contacting a car accident lawyer. Such a lawyer can also help make sure you get the compensation you’re owed by the insurance companies, rather than the meager amounts that they would otherwise offer. Skip the arduous searching and find the very best car accident lawyers in and around your local area with the help of the team at TopResearched! 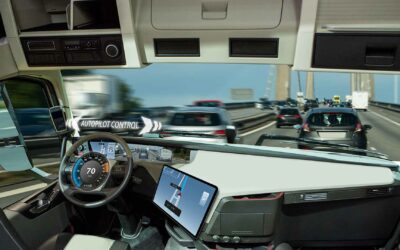 What Does the Future Hold with Self-Driving Trucks?